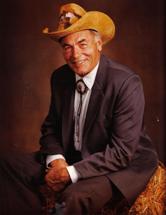 Guildner Pipeline Maintenance, Inc. has been in business since 1976. We are a full service maintenance and rehabilitation company that specializes in stormwater and wastewater collection systems. We offer all aspects of sewer maintenance needs such as televising, cleaning and root treatment. Pipeline rehabilitation is done using the sliplining method with polyethylene hard wall pipe as well as cured-in-place (CIP) point repair. Manholes, pump stations, wet wells and culverts are rehabilitated using the Poly-Triplex Lining System. In 2002 we became a licensed installer of this patented manhole rehabilitation product.

Gerald (Jerry) Guildner has been involved in the management of the company since 1977 and is currently owner/president as well as a hands on manager overseeing the day to day operation.

Located in Commerce City, Colorado, in close proximity to I-76 and I-25, we are staffed with extensively trained, knowledgeable people who have worked in the industry for many years.

We have done business in Colorado, Wyoming, South Dakota, Texas and New Mexico. We have many references that are able to attest to the quality of services that we offer.